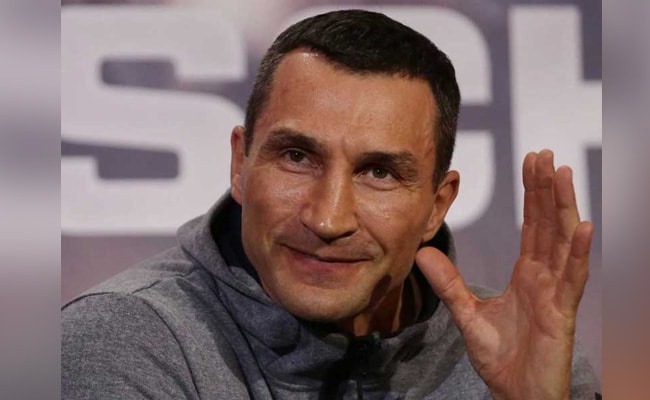 As the Russian invasion of Ukraine enters the 15th day, a former Ukrainian boxing champion has released a non-fungible token (NFT) collection to support civilians in the war-torn country.

Wladimir Klitschko, the former two-time world champion who dominated the boxing world between 2004 and 2015, has collaborated with New York-based Street Artist ‘WhIsBe’, whose ‘Vandal Gummy’ series will be turned into an NFT collection.

For those unversed in street art, ‘Vandal Gummy’, a full body portrait created in 2011, shows a bear holding a board for a prison mugshot.

The NFT version of it, “Vandalz for Ukraine: WhIsBe x Wladimir Klitschko”, will feature the bear in the colours of the Ukrainian flag.

The proceeds from the sale of the NFT collection is expected to go to Red Cross Ukraine and UNICEF Ukraine to aid the ongoing relief efforts.

“It is a magnificent initiative. Support through art, a superb ‘suppart’ at the service of people who suffer,” an official press release quoted Klitschko, whose brother Vitali is the mayor of Kyiv, as saying.

NFTs along with cryptocurrencies seem to be the preferred source of funding for war-ravaged Ukraine.

On March 3, Vice Prime Minister Mykhailo Fedorov tweeted that NFTs to support the Ukrainian Armed Forces will soon be announced. He has also been reaching out to the crypto community via Twitter and on February 26 announced that the country will accept cryptocurrency donations. As a result, the country raised almost $8 million in cryptocurrencies in a day. As per several media reports, Ukraine may have received over $50 million in crypto donations so far.

The Russian invasion of Ukraine, which began on February 24, has resulted in 1,335 civilian casualties in Ukraine so far, a Reuters report quoted the United Nations human rights office on Tuesday. About 2 million Ukrainians have become refugees since the start of the war, as per another estimate of the United Nations.