A year of remote work has forced many to rethink what post-pandemic office life will be like — including the retailer that has been dressing businesspeople for 200 years.


That’s the idea behind a series of initiatives from Brooks Brothers as it plots a relaunch after exiting bankruptcy last year. There’s a new athleisure line, a product mix with other casual items and a mascot: Henry the Sheep.


The move is overdue, said Ken Ohashi, who took over as chief executive officer in January with a plan to capture more of Brooks Brothers’s regular customers’ spending. Even before the pandemic, shoppers’ tastes were shifting away from dressier clothing and toward more casual offerings.


“It has an incredibly loyal customer,” Ohashi said in an interview. “But the reality is that Brooks Brothers has lost a ton of market share on the casual side of the business to competitors over the last few years.”

Still, changing a centuries-old image isn’t easy. New York-based Brooks Brothers will try by adding more relaxed shirts, suits and bottoms, with items like knits and sweaters. That’s alongside the new men’s and women’s athleisure lines including hoodies and sweatpants. The company will still use its Golden Fleece logo, but added its modernized mascot this month to represent the new vibe.


Named after the company’s founder, “Henry” appears on a T-shirt for sale with his image in an untucked shirt and rolled up sleeves (though he still wears a tie and wingtips, naturally). The company, founded more than 200 years ago in lower Manhattan, also has brought in Michael Bastian, formerly of Bergdorf Goodman, as creative director.


The big challenge is revamping Brooks Brothers’s image after so many years. “In general, it’s very difficult for a retailer to course correct and change their brand identity,” Stone said. “It’s going to


take great design, great product and a lot of marketing to get the word out.”

Brooks Brothers filed for bankruptcy last year, one of a wave of retailers that sought court protection as the pandemic kept Americans away from office life. Even before that, Brooks Brothers, which calls itself the country’s oldest clothing retailer, struggled to keep up with evolving consumer tastes and grappled with some expensive leases. It now operates more than 630 stores globally, including 170 in the US.


Authentic Brands Group bought Brooks Brothers out of bankruptcy along with SPARC Group, a joint venture with mall owner Simon Property Group, adding it to a portfolio of other formerly bankrupt retailers including Forever 21. Authentic is preparing for an initial public offering, Bloomberg reported last month.


Though Brooks Brothers is known for dressing the Wall Street aspirant, Ohashi says his aim is “turning it from the perception of a suit and tie brand.”

More than 60 per cent of sales were in those categories when Authentic and Simon bought it last year, and the formal side will still be the largest part of the business, Ohashi said. But it’s working toward a goal of more like 45 per cent to 50 per cent of sales.

Business Standard has always strived hard to provide up-to-date information and commentary on developments that are of interest to you and have wider political and economic implications for the country and the world. Your encouragement and constant feedback on how to improve our offering have only made our resolve and commitment to these ideals stronger. Even during these difficult times arising out of Covid-19, we continue to remain committed to keeping you informed and updated with credible news, authoritative views and incisive commentary on topical issues of relevance.

We, however, have a request.

As we battle the economic impact of the pandemic, we need your support even more, so that we can continue to offer you more quality content. Our subscription model has seen an encouraging response from many of you, who have subscribed to our online content. More subscription to our online content can only help us achieve the goals of offering you even better and more relevant content. We believe in free, fair and credible journalism. Your support through more subscriptions can help us practise the journalism to which we are committed. 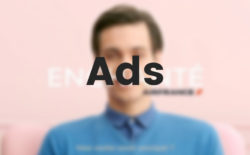