HomeBusinessHere's What We Know So Far
Business

Here’s What We Know So Far 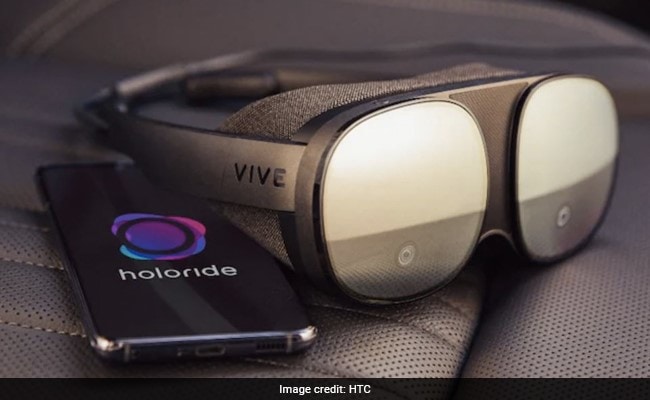 HTC is well-known for emphasising virtual reality and developing its own version of the metaverse.

HTC plans to launch a high-end next-generation smartphone, which is designed for the metaverse’s immersive technologies. The Taiwanese electronic giant has been attempting to recapture the early success that made them a global name. The company’s General Manager for Asia-Pacific region, Charles Huang, reportedly stated at the Mobile World Congress (MWC) 2022, held in Barcelona, Spain, that they would be launching a new high-end smartphone with metaverse characteristics in April. However, there are barely any details available, including specifications, or the markets in which the phone would be released. There’s no information either on the kind of virtual reality or augmented reality features that would be incorporated.

According to a report by DigiTimes, at the MWC 2022, HTC unveiled Viverse, its vision for the metaverse. New applications such as 5G edge cloud technologies, in-vehicle virtual reality, and location-based entertainment were also demonstrated.

HTC, once known for its Android phones, has shifted its focus to developing virtual reality experiences for the Vive platform. In a video, Cher Wang, chairwoman and co-founder of HTC, said that Vive implied life and Verse represented the chapters of that existence.

However, as we mentioned earlier, apart from the smartphone’s ability to be utilised with virtual reality and its status as a high-end device, the company didn’t reveal anything else. While there is a lot of room for speculation, it is a good place to start.

HTC is well-known for emphasising virtual reality and developing its own version of the metaverse, the Viverse. It also produces one of the top virtual reality headsets on the market. These statistics indicate that HTC will not cut corners when it comes to delivering a high-quality virtual reality solution that also functions as a strong smartphone.

So, in all likelihood, this phone would be aimed at customers who want to use virtual reality and augmented reality applications.

This isn’t the first time that HTC has hopped on the new technology bandwagon to gain popularity in the smartphone market. The HTC Exodus 1 was released in 2018 as a way for the company to appeal to Blockchain supporters. It added Exodus 1s to its repertory in 2019.

In 2017, HTC sold a substantial portion of its smartphone business to Google for $1.1 billion. The company also consolidated its smartphone and virtual reality departments. In 2018, the company stated that it had no plans to leave the smartphone market.