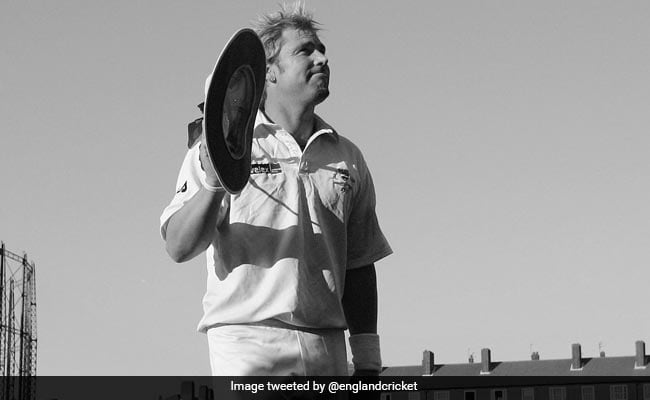 Shane Warne died due to a suspected heart attack at the age of 52 in Thailand recently.© Twitter

Home to many of famed Australian spin bowler Shane Warne’s greatest sports moments, the Melbourne Cricket Ground will host his public farewell on March 30. Victoria state Premier Daniel Andrews on Wednesday confirmed the MCG as the venue for a state memorial service to honor Warne, who died of a suspected heart attack last week in Thailand. He was 52. The family has announced it will hold a private funeral before the MCG service.

“There’s nowhere in the world more appropriate to farewell Warnie than the ‘G,” Andrews tweeted on Wednesday.

The MCG was the stage of Warne’s famous Ashes hat trick in 1994 and his 700th test wicket on Boxing Day in 2006 during his final series before retiring from international cricket. He was born and raised in Melbourne.

Autopsy results confirmed the death was due to natural causes with no signs of foul play.

Following his death on the Thai resort island of Koh Samui on Friday, Warne’s body was taken by ferry to the mainland city of Surat Thani on Sunday. It was transported to Thailand’s capital, Bangkok, on Monday night and was being prepared to fly home to Melbourne.

Warne’s family issued a statement on Monday describing the night of his death on March 4 as the beginning of “a never-ending nightmare.”