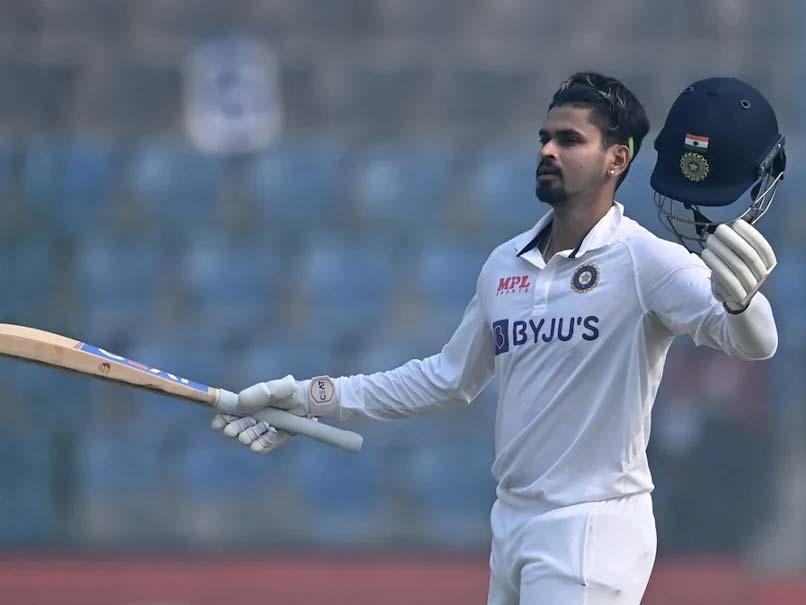 Shreyas Iyer was on Wednesday nominated for the ICC’s “Player of the Month” award.© AFP

Talented Indian men’s team batter Shreyas Iyer, women’s team captain Mithali Raj and star all-rounder Deepti Sharma were on Wednesday nominated for the ICC’s ‘Player of the Month’ award for their performances in February. The nominations in the men’s category also feature UAE batter Vriitya Aravind, and Nepal’s Dipendra Singh Airee. In the women’s category, New Zealand all-rounder Amelia Kerr is in the list alongside Mithali and Deepti. Iyer was in unstoppable form in the month of February and played a vital role in India’s white-ball domination.

He started the month with a player of the match-winning 80 against West Indies in the final ODI and a 16-ball 25 in the last T20I.

With India opting to rest players and injury to Suryakumar Yadav, Iyer was promoted to No.3 in the T20I series against Sri Lanka.

He scored three unbeaten fifties in three games and finished with 204 runs at a blistering strike rate of 174.35 and was awarded the Player of the Series for his exploits.

Mithali was one of the few shining lights for India in the ODI series against New Zealand. She was the highest run-scorer for India and the second-highest overall with 232 runs, including three fifties, averaging 77.33 with a strike rate of 82.56.

In the final ODI, she played the role of the finisher to perfection, remaining unbeaten on 54 as India chased down 252 with four overs to spare. With that, India ensured that they finished the series with a win in their kitty.

All-rounder Deepti was brilliant with both the bat and ball in the series against New Zealand.

She took the most wickets (10) in the ODI series and was handy with the bat as well, aggregating 116 runs in five matches. She grabbed a four-for in the second ODI and followed it up with a 69 not out in the next match.